The St. Clairs of Butleigh, Somerset

I’ve been reading about an interesting branch of the Saint-Clair family in Butleigh, Somerset, near Ashcott. The land was held by the Malet family. The early St. Clairs had connections with the Malet family. For instance, Sir John Malet married Sybil de St. Clare. 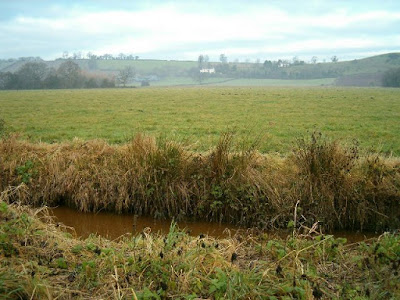 K.S.B. Keats-Rohan wrote about the Malet family in great detail in her paper about Robert I Malet, the domesday landholder:
"Robert's intended foundation of Eye priory received a charter of assent from his sister Beatrice, who mentioned also their brother Gilbert. A later precept of Henry I in respect of Beatrice Malet's charter furnishes the additional information that she was the wife of Robert's Suffolk tenant William of Arques. He was the Domesday lord of Folkestone in Kent, where the dominant landholder had been Odo of Bayeux, the Conqueror's disgraced half-brother. It is immediately striking that one of those who attested Beatrice's charter was Ansgod of Canterbury, but other Kent connexions can be demonstrated for the other witnesses. Ralph of Bellicia named from the unidentified manor of Belice in Hayne Hundred. was doubtless one of the Ralphs who held land in Kent from Hugh de Montfort, probably Ralph de Courbépine. Alfred de Combia was probably the steward Alfred who was one of William d'Arques tenants in 1086. Main of Saint-Clair was doubtless another Kentish landholder, tenant of Hugh de Montfort. The Saint-Clair from which Main took his name was probably the same as that mentioned in connexion with the abbey of Préaux, to which it had been willed by Richard Croc and his wife Benceline c.1035-45. It subsequently had to be restored to Préaux by Robert [of Mortain], brother of Odo of Bayeux and half-brother of the Conqueror.”

That paragraph mentions many names you’ve read in my writing before - Mortain, Montfort, Préaux Abbey, d’Arques, Eye Priory, Odo of Bayeux, and of course Malet.

Robert I Malet was the founder of Eye Priory in 1105. 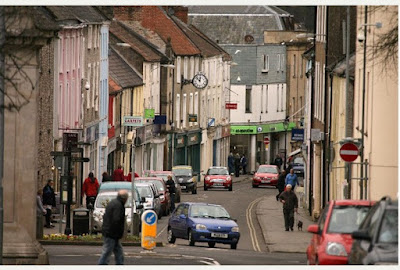 The St. Clairs of Shepton-Malet

A Robert de St. Clair was the first holder of Stapleton and held Shepton-Malet in the 12th century. Before 1195, the manor passed to Robert’s son William. William may have died without children. The manor passed to his son Geoffrey who held Stapleton “of the king by the of holding a towel before the queen at Easter, Pentecost and Christmas, and also on the occasion of the coronation of the king.”

In the 1100s, the Malet family were tenants-in-chief of this land. Some generations later, the part of the estate containing Shepton Mallet was sold to a relative, Sir Thomas Gournay.(wiki) That is certainly interesting. Remember Thomas Sinclair’s book, “Sinclairs of England?” He wrote that Walter Sinclair (St Clair) of Medway was an under-tenant of the Gournays who he says were married into the Warennes.

The church pictured here is The Parish Church of All Saints from the 13th century. This is the site of an earlier Norman church. 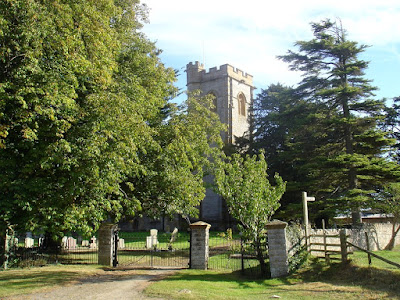 The Parish Church of All Saints

Image of All Saints - http://www.westcountrychurches.co.uk/page2.htm