I recently got back from a whirlwind trip around East Lothian Scotland. Among the stops were Dirlton Castle, second castle of the de Vaux in Scotland.

The de Vaux's first (named Tarbet Castle) was on Fidra Island, formerly called Elbottle, about a mile off-shore in the Firth of Forth. All this land (the barony of Dirleton) was given to the de Vaux family by King David I of Scotland.  Later, the island was given by William de Vaux to Dryburgh Abbey in 1220.  Dryburgh is the beautiful Border Region abbey founded by Hugh de Morville.

Sinclair DNA is very interested in the de Morvilles, the St Clairs of Herdmanstoun, the de Vaux, the Seatons and the Giffards. Note some of the witnesses of the gift of Fidra Island (Elbottle) to Dryburgh Abbey - 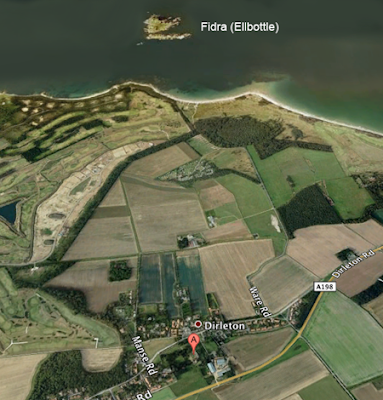 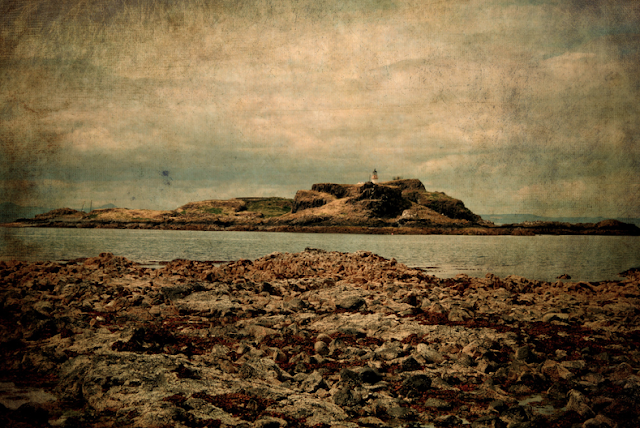 I'll be posting video from this trip soon.